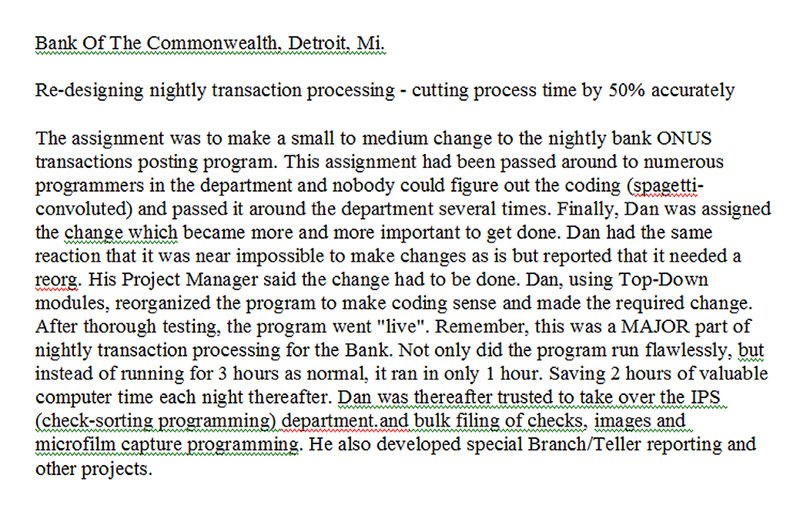 The assignment was to make a small to medium change to the nightly bank ONUS transactions posting program. This assignment had been passed around to numerous programmers in the department and nobody could figure out the coding (spagetti-convoluted) and passed it around the department several times. Finally, Dan was assigned the change which became more and more important to get done. Dan had the same reaction that it was near impossible to make changes as is but reported that it needed a reorg. His Project Manager said the change had to be done. Dan, using Top-Down modules, reorganized the program to make coding sense and made the required change. After thorough testing, the program went "live". Remember, this was a MAJOR part of nightly transaction processing for the Bank. Not only did the program run flawlessly, but instead of running for 3 hours as normal, it ran in only 1 hour. Saving 2 hours of valuable computer time each night thereafter. Dan was thereafter trusted to take over the IPS (check-sorting programming) department.and bulk filing of checks, images and microfilm capture programming. He also developed special Branch/Teller reporting and other projects. #designer